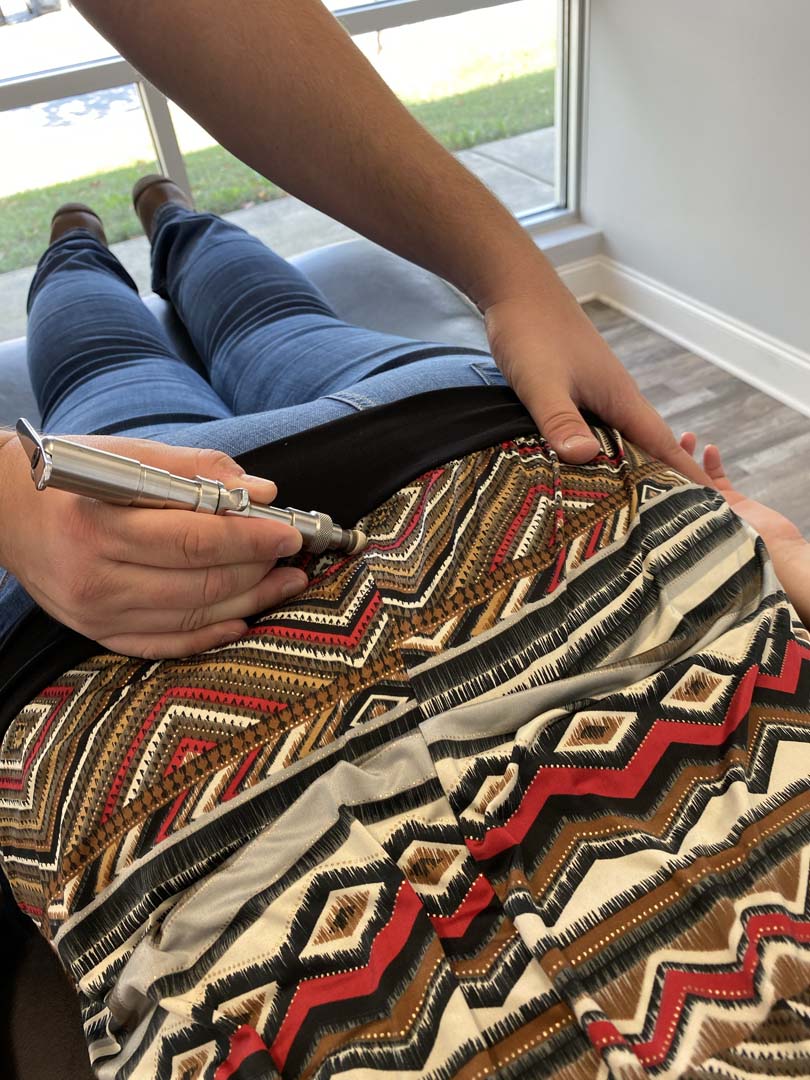 How is Torque Release Technique different than other chiropractic techniques?

A Torque Release Technique (TRT) adjustment can be delivered with the spine in a perfectly relaxed neutral position with the perfect amount of force, whereas a traditional adjustment may require the spine to be stretched to a position of tension followed by the manual thrust by hand to sufficiently open the spinal joints to activate a cavitation response.

Practice members enjoy the specific adjustment without the force, cracking, and popping sound of manual adjustments.

Chiropractic has never had a scientific model that represents subluxation-centered chiropractic—a model that explained the subluxation for the true role it plays. With chiropractic having entered its second century, it is essential that a truly up-to-date, functional, scientific, neurological-based model lead the forefront and transform healthcare.

There have been endless definitions of the subluxation. Many pioneers have attempted to develop techniques to diagnose, locate, and correct subluxations. Although much greatness has come, chiropractic has been left with mechanistic and/or linear protocols that have stood in the way of chiropractic’s true potential.

In 1994, the Holder Research Institute discovered (1) that only vertebrates have opiate receptor site brain reward, establishing the vertebral subluxation complex as the hallmark of insult of the vertebrate’s ability to express a state of well-being to its fullest potential.

“The Brain Reward Cascade” is a scientific model (2) that provides an understanding of the neurophysiological mechanisms of how the mesolimbic system expresses a state of well-being. A lack of state of well-being is referred to as Reward Deficiency Syndrome (RDS). The vertebral motor unit and the dorsal horn (3) are the common denominators. Due to its intimate relationship to the “The Brain Reward Cascade,” a subluxation-free spine becomes mandatory for the expression of one’s greatest potential. If subluxated, Reward Deficiency Syndrome is manifested (4).

“The transition from the mechanistic model of disease versus health, in which we have been stuck for so many years, to a vitalistic model of wellness can be the hallmark of the coming millennium.”

To abandon disease is to abandon its concept

Utilizing the Integrator™, a torque and recoil release-adjusting instrument, combines the best of existing chiropractic techniques and principles, quantum physics, and the body/mind connection—creating the first integrated chiropractic system for the second century of chiropractic.

Torque release technique® is a model that utilizes the multi-factorial approaches pioneered in the following techniques:

To gain an understanding about subluxation, we need to first understand that the nervous system is responsible for controlling ever other system in the body. Gray’s Anatomy textbook states the “nervous system coordinates all organs and structures of the human body.” The central nervous system consists of the brain and spinal cord.

A subluxation is when the spine or vertebrae has shifted out of proper alignment affecting the communication between the brain and the body.

Chiropractic Adjustments work by helping place your spine/body in the proper position that then allows the mind and body to communicate properly letting your own body heal and regulate itself properly.

Chiropractic Adjustments reduce the stress placed on your nervous system and address the body as a whole, enabling you to think, perform, move, and heal better. By reducing the stress, your body is able to fight off disease and maintain balance.

Your NERVOUS SYSTEM has the innate ability to heal, let us help unleash your bodies potential! 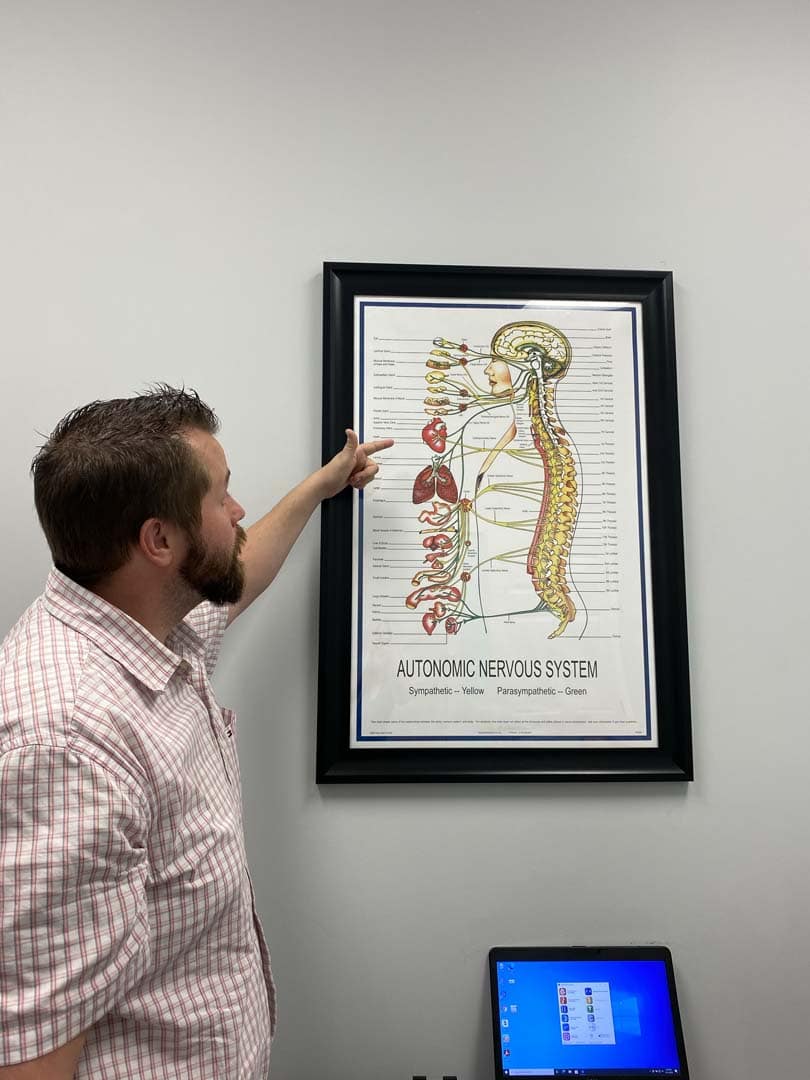 Why get an adjustment?

There are many things that can lead to subluxations within the spine. Some of the most common include:

A vertebra moving out of alignment (“misalignment”) because of an impact or fall.

Poor posture leading to misalignment of the entire spine.

Be proactive with your health! We would love to help you take care of the body GOD gave you!

Patients who saw a chiropractor as their initial provider for low back pain had 90% decreased odds of both early and long-term opioid use.

At Rebelution Chiropractic we believe that each patient is a unique individual. Our multi-disciplinary approach gives us the ability to custom fit our treatments to each patient. Our doctors will sit down with you on your first visit to determine the best treatment options for you.

We offer some of the most advanced non-surgical FDA approved treatments available today. It’s always our goal to focus on the cause of any condition we treat, not the symptoms. Our patients expect the best, and we do everything we can to help them achieve their goals. We want you to have the ability to live your life to the fullest. Don’t let pain take that away from you.

Register for a complimentary new patient consultation today. The team at Rebelution Chiropractic is here to help you revolutionize your health. 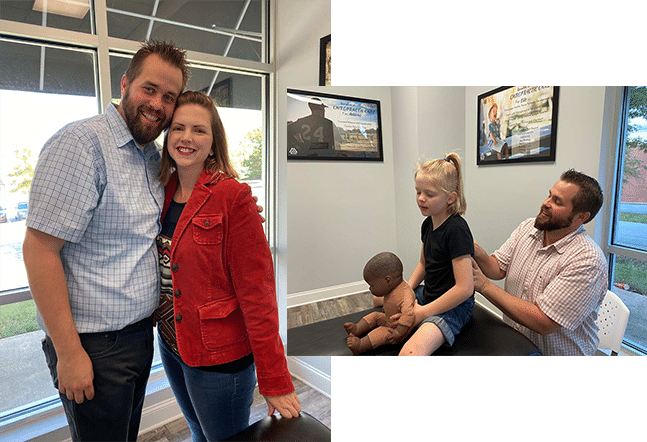